AND UNDER NEW MANAGEMENT…! 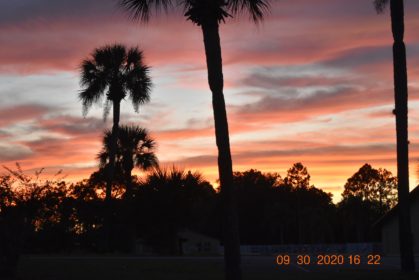 RV, and be free. Only HOUSELESS never HOMELESS.

Paul left this world four years ago this day. Personally I did not know of this event for a few months.
.. 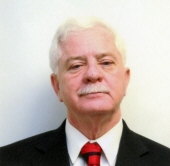 We were in Florida, as we almost always are during that time of the year, sitting out the snow season. In Florida it was a typical day; cool with no humidity. I’m sure it was a very normal day; the ground did not quake, nor did the clouds darken, in testimony of an awesome soul no longer tethered to this world.

I have always called him my best friend. We first met in our freshman year at Cardinal Spellman HS in Brockton, MA. Little did I know that this friendship would only get closer over our four-year internship. I personally was always in a constant state of panic over grades while Paul continued taking on more difficult courses year after year. I would wonder why someone so intelligent be hanging around with me, but he was always surrounded with others in his class as well. For me school and learning was in the same category as eating all your vegetables. When I was panicking the most, he picked up on it and would calmly say, don’t worry, you’ll be okay; and I was.

Even in our College years we still kept in touch from time to time. The time came when Paul would Graduate from BC from his four-year program while I had just completed my fourth year with  one year to go. I feared my QPA would come in a bit light to qualify me for my fifth year; so, once again, I was in panic mode. Paul called that night and he said he’d pick me up Friday morning early in his vintage VW and we’d take a few days and vacation in New Hampshire, Hampton Beach t be specific. We did and had a great time. When we finally got back home and I had a message waiting from Mass College of Pharmacy, I would be okay. Once again, Paul’s words; don’t worry you’ll be okay,” resounded in my head. We were finally faced with having to grow up. We both faced marriages, families and divorce. We got together once when I was just opening my own pharmacy and he mentioned how lucky I was, and how he was locked in at his low pay range set by the government, CIA in particular, ranked by years of service and accomplishments. I remember looking at him after his saying that and saying don’t despair, I bet you’re going to really go places and accomplish more than you can imagine. And so, he did. I remember talking with him and asking him how was was now doing. He humbly replied “just saving the world and staying out of trouble.” I’ll never know for sure exactly what he meant but I knew enough to take him seriously at his words.

Why did I not work harder to keep in touch? I had been living a rather non-descript life whereas he had been so successful. Once, when we first began this full-time RV lifestyle, we were on I-95 South and traveling through Virginia; so much traffic. We had our 5th-wheel RV at the time but I can still see and hear myself  telling Carla “Alexandria- this exit might be Paul’s exit” to his home, but we were in the wrong lane and towing a 5th is not a walk in the park in heavy traffic. I let it go by and said we’d try to make it “next year.” Next year or next time are words we dread to remember once we realize there will be no more options for tomorrows.

Paul will live on in my thoughts and prayers and I only hope that when my day finally comes and I meet St. Peter, Paul will also be there saying ” don’t worry, you’ll be okay.” Then maybe, we’ll have time to catch up.