Our Lady of Perpetual Help Cathedral

To put it simply I cannot find any “History” on this beautiful Cathedral. I will try to find some information in the church itself tonight. 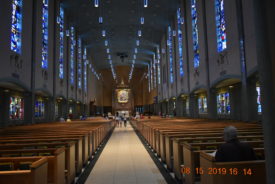 Below, just a close-up of this beautiful but simple alter. The alter sits on a platform about three-feet above the Cathedral floor making it visible to virtually all the parishioners. 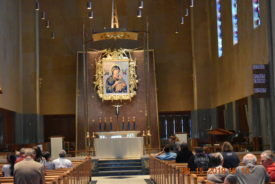 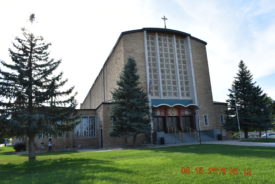 An exterior view of this magnificent Cathedral. Below is just a small sampling of the beautiful stained-glass windows. 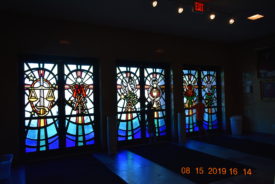 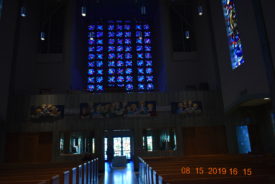 The image above is what would usually be a “Rose-Window.” This, however is not round and definitely not rose. It is, however, an awesome piece of architecture. Below is the Baptismal Font. My picture does not do it justice. It is a very beautiful and peaceful venue. 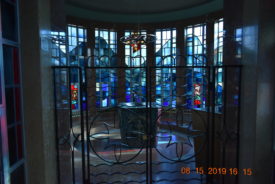 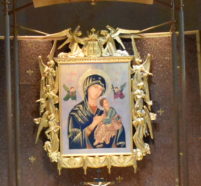 The text below is courtesy of CMRI

Devotion to Our Mother of Perpetual Help spread quickly to the United States. When the Redemptorists established a mission church near Boston, they dedicated it to Our Lady under this title and were privileged to receive from Rome the first copy of the icon which had been touched to the original and blessed.1 On Pentecost Sunday, May 28, 1871, the icon was carried in a magnificent procession to the church, where it was enshrined above the main altar. As with the original image in Rome, no sooner had the painting been displayed for public veneration than the miracles began. Soon the small wooden church was thronged with so many devotees of Our Mother of Perpetual Help that it soon became necessary to begin construction of a new, larger church. But even the large beautiful new church which was dedicated in 1878 could not hold the thousands who flocked to the miraculous image in those early years — and rightly so!

Between the years of 1871 and 1884, according to Fr. John Byrne, C.SS.R., “no less than 331 well-authenticated cures had been reported, some of which had been wrought in favor of people living so far away as West Virginia and Texas.”2 In 1886 alone, from January 1 to May 31, he continues, “thirty-one cures, apparently beyond the power of nature to effect, were reported.” A few years later, seven cures were reported to have taken place on a single day, the Feast of the Immaculate Conception, December 8, 1891.