Please take the time to leave a comment at the bottom of this blog.

I relish the positive ones and will learn from the negative ones. 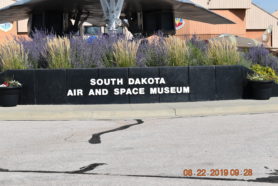 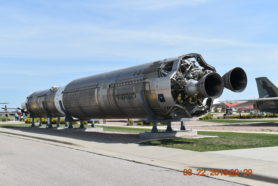 Above right is the first powerhouse rocket, Titan. Below is a B-1 Bomber. This plane can fly to and deliver a full load of armaments anywhere in the world, with perfect accuracy. There’s also a gift shop, as always. 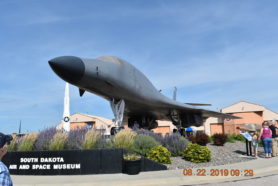 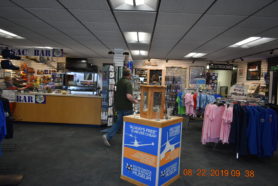 We are now inside the missile silo. This rocker is big! If and when this missile is ever implemented the force of the rocket will ultimately destroy this silo. The truth is the government will never activate just one missile. Should one missile be needed ALL 153 missiles will be activated because the use of this nuclear bomb will constitute an almost end of days scenario. 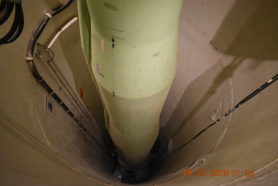 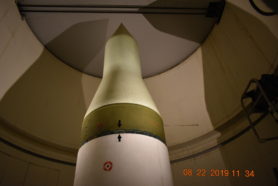 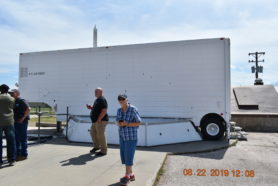 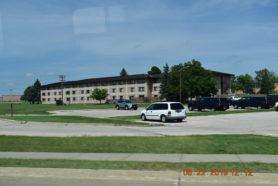 Behind Carla is a stage-like structure. Should a new rocket be needed this enclosure will be opened to allow placement of a new rocket. Behind the truck-like unit behind Carla is the cover protecting the rocket inside. This cover weighs way over one-hundred tons. It is totally pneumatic if needed to be open. The purpose of this is to guarantee that no computer or mechanical glitches could interfere in the opening of the silo tube. We were told it would only take fifteen seconds to remove this cover. Top right and bottom are some views of this small city with a city. Everything any military personnel would need or want to do is on this property. 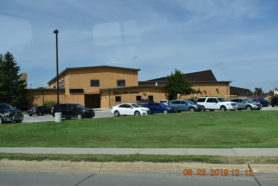 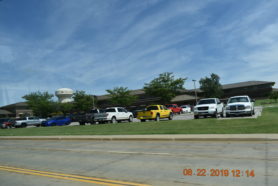 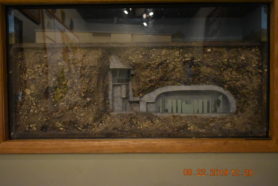 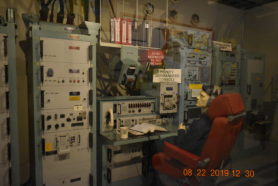 Pictures above are of the control centers for this silo. Military personnel here work 24-hour shifts. Below is the plane that was used to fly a candy-drop to build public relation’s in the ’40s. 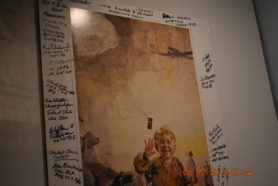 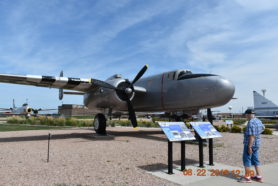 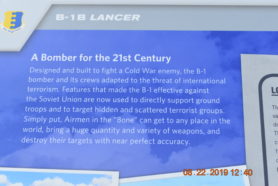 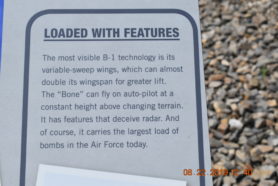 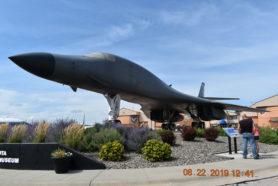 Left is a B-1B Bomber. My question was what happened to the B-1A bomber. The “A” bomber was built by another contractor than the “B” version. It was twice as fast, going well over mark-2 and was twice as expensive. It had other problems also. The “B” version flies at mark 1.2 but was only half as expensive, so the decision was made for the, I think, Boeing product. This plane has the ability to adjust it wing formation to increase both its speed and stealth abilities.Just as a side note for air-products that have been awesome is the B-52 Bomber, a product of the 50’s. This plane is no longer being built but the Air Force will be leaving this product in service until 2030 or longer, only because it has been such a perfect plane. It continues to be updated and upgraded as new technology presents itself.

This text is courtesy of AirplaneMuseums.com

In January of 1942, the U.S. War Department established Rapid City Army Air Base as a training location for B-17 Flying Fortress heavy bomber units.

In July of 1945 Rapid City AAB was placed on standby status as the Army Air Forces began to demobilize with the pending end of World War ii.

Rapid City AAB was again reactivated in October of 1945, and designated a permanent facility by the Army Air Force. The base briefly trained weather reconnaissance and combat squadrons using P-61 Black Widow, P-38 Lightning, P-51 Mustang, and B-25 Mitchell aircraft. The airfield was again temporarily closed from September 1946 – March 1947 for a major construction program to upgrade the temporary wartime facilities to that of a permanent base.

When operations resumed in 1947 the base was a new United States Air Force asset. The primary unit assigned to the base was the new 28th Bombardment Wing (28 BMW) flying the B-29 Superfortress.

Today, Ellsworth AFB continues to be a major active military facility and a major contributor to the economy of the Rapid City area.

The host unit at Ellsworth is the 28th Bomb Wing (28 BW) assigned to the Air Combat Command’s Twelfth Air Force. The 28 BW is one of only two B-1B Lancer strategic bomber wings in the United States Air Force, the other being the 7th Bomb Wing at Dyess AFB, Texas.

The base is named in honor of Brigadier General Richard E. Ellsworth (1911–1953), who was killed when his RB-36 Peacemaker aircraft crashed near Nut Cove, Newfoundland during a training flight.