Please take the time to leave a comment
at the bottom of this blog. I relish the positive ones and will learn from the negative ones.

This is going to be mostly a car-tour of the Custer State Park. In all it will take us three hours to completely experience only two of the many routes of this park. As usual we begin with a visit to the Visitors Center. 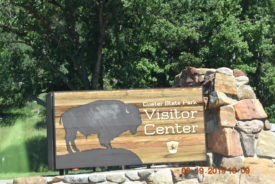 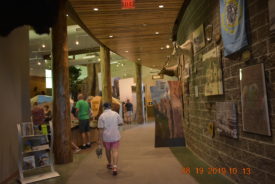 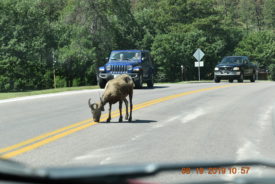 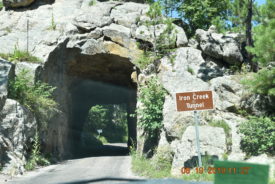 This little guy is far from family. We see no other members of his herd anywhere around, but that’s somebody else’s problem. Upper right is the first of two tunnels we travel through. Absolutely no place for the coach. Rock formations abound at every turn. 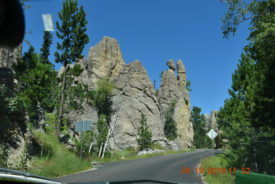 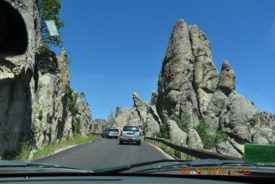 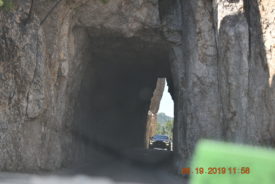 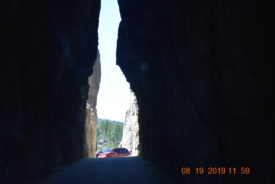 Tunnel number two. This tunnel, unlike the first one, will bring us to one of the parks famous rock structures, Needle Rock, as seen below. 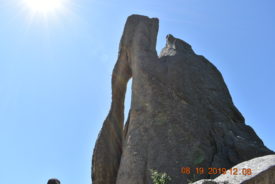 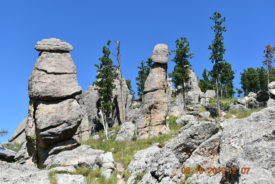 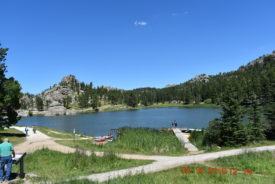 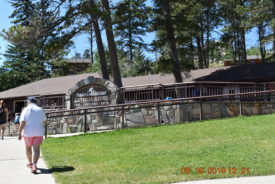 Being Seniors, especially seniors from Florida, we have a hard time passing up an eatery, especially one with such an awesome reputation. We’ve been told by several folks not to pass up the Purple Pie Place in the town of Custer. At this point we have not yet reached our destination, but the food was great. We enjoyed apple pie and ice cream and Carla enjoyed strawberry Rhubarb Pie. 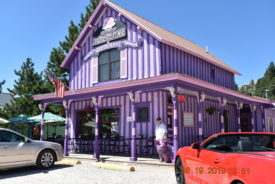 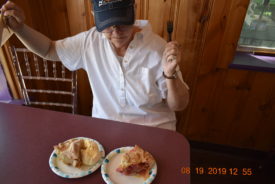 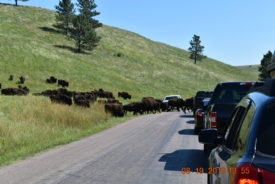 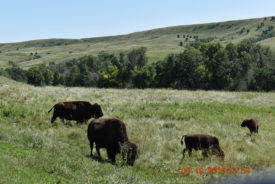 From a distance we spotted a large group of dots on a hillside. We could only hope we would find wildlife. Yes! A herd of bison were far up on the side of the road with dozens of cars and onlookers viewing them. As we were pulling up to the herd they all decided it was time to come down from the hillside and cross the road we were on. It could not have gotten much better then this. 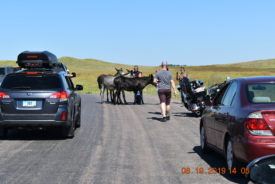 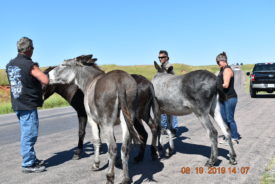 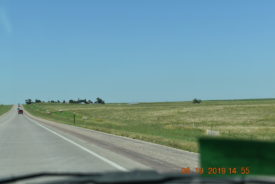 As if the Bison were not enough, about a mile later we came across a small group of mules enjoying the company to the visitors. Must give credit to the people who saw the bison herd, all remained either in or by their cars. A always the day does come to an end and we have a 66-mile drive back to the coach.