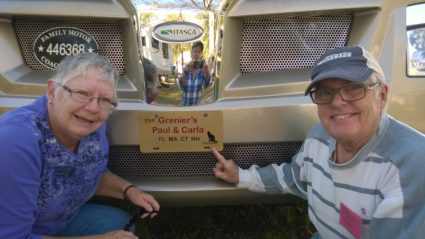 I know, you’re saying here I go again, climbing onto my Digital Pulpit. As I’ve said before; It is my blog.

So much has happened in the last three-months, since China. You must give China some credit though, it did handled this pandemic in a rather Draconian style but definitely got the results it was hoping for; I don’t believe our government could issue such demands of this population even if it had the courage to do so.

Our world, after existing for billions of years, I believe, has created many forms of defenses from anything that threatens its well-being. Our never ending battle over pollution just might be one of those threatening items. As pollution slowly begins to overtake many of Mother-Natures safeguards: like our many Coral Reefs and the ice and snows of both the North and South Poles, Mother-Nature, I believe, is not about to sit still and let humanity destroy what she has worked so hard for so many millennia to create. As pollution builds and the seas warm up, even if we don’t see it happening, Nature, in self-defense, will fight back. Mother-Nature could give a hoot about humanity as it behaves this day and age.

The Coronavirus has been attributed to China by many in high seats of government, as being the originator and host of this virus. What if China was picked by Nature to begin a purge. In order to halt this drastic activities of humanity, governments all over the world are trying many different actions to try to control this virus. First was to avoid large gatherings, popular everywhere. then closing businesses followed by school closings. With so many out of work the airlines began to cut back. Cruise ships stayed at port and humanity learned to huddle in place in our homes. Testing would have saved many individuals, but that’s another story. The fact is that no one has a clue as to how to control this enemy. Immediately, however, we saw the Canals of Venice go from murky brown to clear; who would have thought! I wonder, how many other wonders are at work as humanity take a rest from polluting this one world we have. I’ve heard that we only have a couple of decades, if that long, to rectify our polluting ways. Should this “huddle in place” strategy be a new way of living, even for a few months, maybe it might be enough to give Mother Nature as chance to fix herself and hopefully we might discover a better way of living. Carla and I are in our third week of “social distancing;” it’s not that hard or bad.

On the other hand if we continue to neglect Mother Natures Planet, Mother Nature just might retaliate in full force. Populations all over the world might be decimated. Governments will fall. Even China might not survive; I wonder if we’d still have to pay back the the twenty-three trillion we’ve borrowed from them. Even our own country might have to bite the bullet. Fruits and vegetables that flow so freely from all over the world into our country and eventually to our tables might cease to exist. Work and business as we’ve known might evolve and a more Socialistic form of government or at least a new work ethic might be created. Schools might be replaced with home-style education. Even many in the “work-force” might not have to leave their homes every day. Our government is paying out trillions of dollars to supplement lost wages to almost everyone in the country; could this be the creation of a new society.

Thank you for taking the time to read this dissertation. At this point I will end, but with so much time on my hands who knows what I’ll think of next. It is sad that Mother-Nature has to resort to such a harsh action to tell us to begin caring for this Blue-Marble of ours. It always makes an impression on me whenever I see an old black and white movie set in the early nineteen-hundreds, that life was slower, people cared more for their neighbors. I think HE was a bigger part in everyone’s life than HE is these days. Getting ahead, accumulating more and more wealth and forgetting to care for those less fortunate than ourselves just might not be as important in the future as it is today. Living in the retirement life style gives all of us retirees time to contemplate on so many of our behaviors of the past and how we should be doing and acting better.

Be well, stay safe and huddle at home and try to rediscover the beauty of family living once again.