Please take the time to leave a comment
at the bottom of this blog. I relish the positive ones and will learn from the negative ones.

9.17.2019-Cathedral of St; Mary of the Immaculate Conception 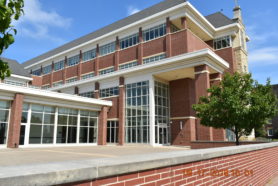 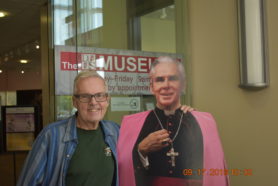 Our goal today is to discover and experience everything of Fulton J. Sheen. Our first building will be a Museum dedicated to him and his legacy. This, as I’m sure you realize, is not the Fr. Sheen in body, just a picture. It would have been an honor to have really met him, however. 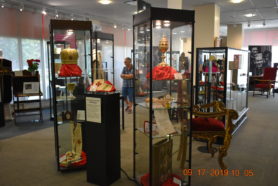 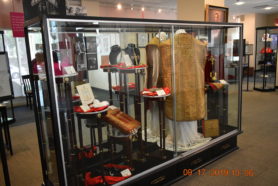 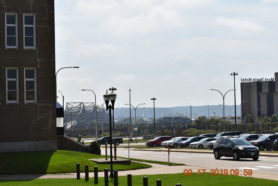 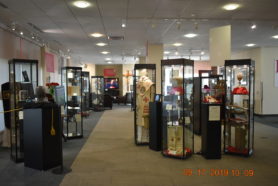 Inside this building is the complete history of this great priest and orator. It contains videos and a slew of pictures of his life. It was in the Cathedral next door, the Cathedral of St Mary of the Immaculate Conception, that he prayed, was a deacon, served as a priest and pastor here and eventually his body would be finally laid to rest at the alter to the left side of the church. 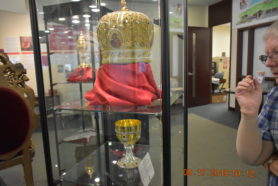 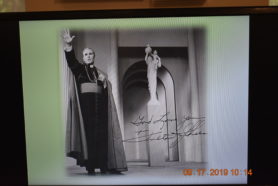 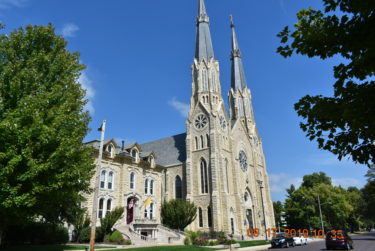 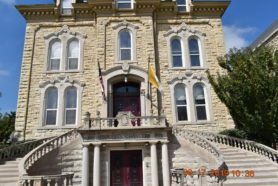 The Cathedral of Saint Mary of the Immaculate Conception (commonly known as St. Mary’s Cathedral) is a cathedral of the Catholic Church located in Peoria, Illinois, United States. It is the seat of the Diocese of Peoria, where the Catholic televangelist and sainthood candidate Archbishop Fulton J. Sheen was born and raised, and ordained a priest. Since 2019, the cathedral has been his place of burial. The cathedral is listed on the National Register of Historic Places as a contributing property in the North Side Historic District. 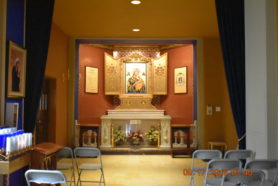 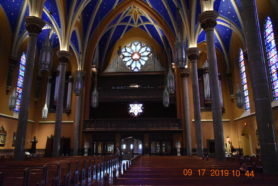 When I first took this picture it was the alter of Our Lady of Perpetual Help. That, by itself, was significant and important. It wasn’t until we left the Room of Relics that I learned that the big white object directly in front of this altar laid the final resting place of Archbishop Fulton J. Sheen. His tomb lies below the image of Our Lady of Perpetual Help. Originally his tomb was located in St  Patrick Cathedral in New York but in 2019 in celebration of his Centennial Year of his ordination in 1919.

On June 27, 2019, the remains of Archbishop Fulton J. Sheen were disinterred from St. Patrick’s Cathedral in New York, where he was buried in 1979, and transferred to St. Mary’s Cathedral.[8] They are entombed in a marble monument at a side altar dedicated to Our Lady of Perpetual Help. The Archdiocese of New York fought a three-year court battle to keep his remains there. As a child, Sheen served as an altar boy in St. Mary’s Cathedral and he was ordained a priest here in 1919 for the Diocese of Peoria, which has sponsored his cause for canonization.[9 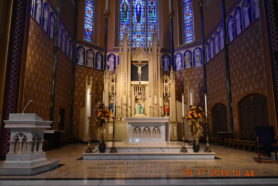 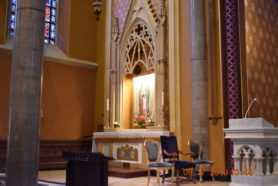 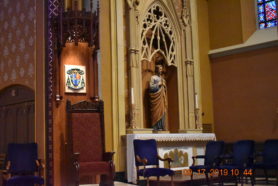 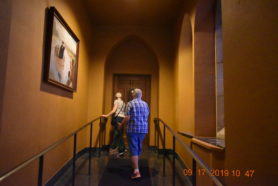 Above left is the alter of St. Joseph. Above right was the corridor to the Room of Relics. In this room you’ll see dozens of relics from many well-known saints and many more from saints of the past. As you can see the architecture in this Cathedral is no -less than awesome. All the stain-glass windows are richly colored in  blue. 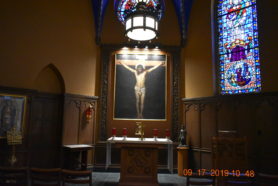 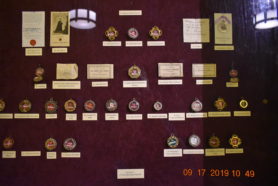 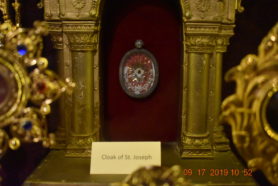 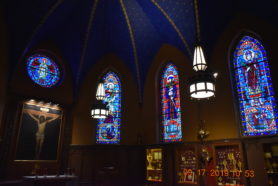 Above are more pictures from the Relics Room. Below right is another picture of the tomb of Archbishop Sheen. 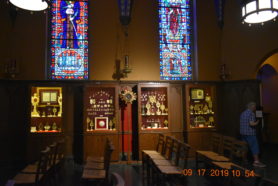 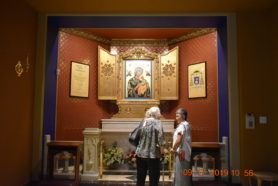 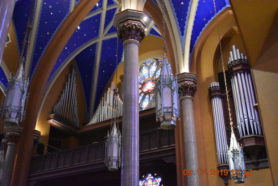 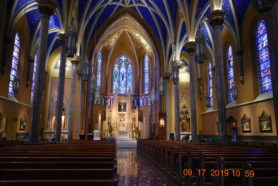 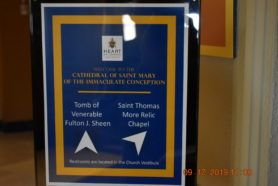 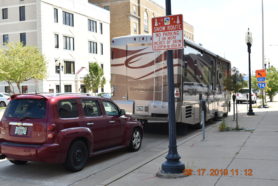 In order for us to experience the Archbishop Fulton J Sheen Museum and St. Mary Cathedral we had to park the coach and toed. This meant filling three meters with coins to park.